The next stage of the story and the part that has had a profound effect on my life was my Sifu, Master Anthony Arnett, beginning his training with Grandmaster William Cheung. Master Arnett became a 9th generation disciple of Grandmaster Cheung in 1980 and is considered to be Grandmaster Cheung’s top fighter in the United States. In addition to being a Wing Chun Specialist, Master Arnett, through years of experience fighting on several regional and national circuits has been able to successfully apply Traditional Wing Chun techniques and principles to competitive fighting. This Wing Chun based style he named, in honor of his teacher, Cheung Style Sport Kung Fu. Master Arnett and his Cheung Style Sport Kung Fu have been featured in various martial arts magazines and he has produced a series of instructional videos on both Traditional Wing Chun Kung Fu and Cheung Style Sport Kung Fu. 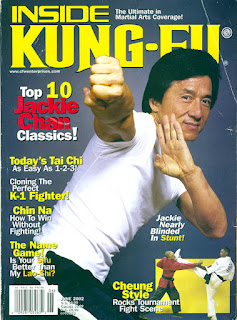 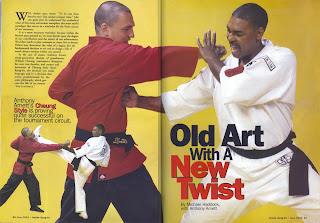 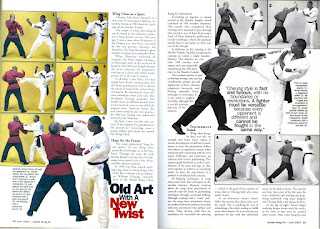 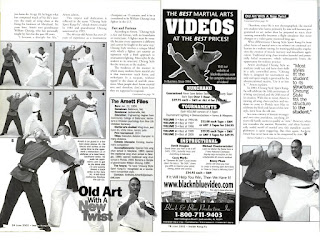 I have had the honor of travelling with Master Arnett to compete in numerous tournaments throughout the southeast, to help assist him in teaching seminars as well as appearing in Inside Kung Fu with him in an article about Cheung Style Sport Kung Fu. Master Arnett has continued to inspire me to become both a better martial artist and also a better person. For this I am forever in his debt. More information about Master Anthony Arnett can be found on his site here.

Sifu Jesse S. Jones is a disciple of Wing Chun Kung Fu and Arnett Sport Kung Fu under the tutelage of Master Anthony Arnett. Sifu Jesse began his Wing Chun training in 1992 under Sifu Jose Bracero, a student of Master Arnett. After the closing of Sifu Bracero’s kwoon in 1996, Jesse explored other martial arts including Jeet Kune Do, Kali and Jiu Jitsu. By the end of 1996 Jesse had returned to Wing Chun Kung Fu and resumed his training with Master Arnett. Sifu Jesse has been honing, refining and utilizing his Wing Chun Kung Fu though diligent practice as well as competition. Sifu Jesse has competed in point, continuous and full contact sparring tournaments as well as competing in empty-hand forms and weapons forms competitions. Additionally, Sifu Jesse has continued to expand his knowledge of martial arts by cross training with other lineages of Wing Chun Kung Fu as well as continuing to cross train in various other martial disciplines. Sifu Jesse is also a NASM certified personal trainer who utilizes this knowledge to help his students and personal training clients attain their personal goals.